Are there enough metals to power COP’s energy transition goals? 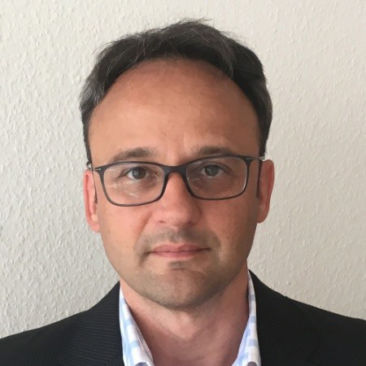 Copper and nickel can play a role on the route to net-zero. We explore the state of these metals markets and the factors affecting their supply and demand.

In the path to net-zero, there’s a lot of focus on the need for cobalt and lithium, but we should also be paying more attention to what is happening with base metals such as copper.

Copper to be in short supply

Copper is certainly every bit as vital to the path to net-zero – in broad terms battery electric vehicles contain four times more copper than an old car with an internal combustion engine. What is less clear, though, is where is it going to come from?

Copper now looks to have re-established itself above $8,000/tonne, having languished below this level for much of the fourth quarter. LME stocks are around all-time lows and Codelco is offering 2023 premiums for Europe at a record high of $235/tonne.

For now, it seems that concerns over the world economy have been trumped by supply issues stemming from water shortages in Chile and lower ore grades at major mining countries. These disruptions look set to peg back mine production growth substantially this year to below 2 percent.

But this year’s market dynamics mask a more concerning trend that has been evident for a while now – that simply to keep up with demand we need more supply. We needed to see a large number of new projects under development – and that hasn’t happened.

Unless that changes, analysts estimate the gap could be as large as several million tonnes by the middle of the next decade. Refinitiv is currently looking at mine supply tailing off from 2025 through to the end of the decade and beyond.

It takes around 10-12 years to bring a major mine onstream, so we need new projects now.

To address the prospect of looming large deficits, the industry will need to overcome its resistance to invest.

A period of lower prices has not helped, but other factors include higher dividends to shareholders, less accessible resources, higher taxes, greater impurities, and no more easy deposits.

We track mine costs using our METCOST app, which shows a jump in costs in Q1 2022, and currently have a price level of $8,500 needed to incentivise new investment.

Nickel market will be in sizeable surplus

By contrast, nickel is another story. The Devil’s metal, as it is sometimes known, hit the headlines for all the wrong reasons this year when prices spiked fourfold on the LME to above $100,000/tonne before the market was shut and trades reversed.

The run up in prices had little to do with structural deficits, but rather a short squeeze and a lack of LME deliverable metal.

The International Nickel Study Group has cut its global demand forecast to 4.2 percent from 8.6 percent in May, reflecting lower demand from stainless.

Long term, even with battery demand increasing its share of the market from 4 percent in 2018, to 7 percent now and potentially to 25 percent in 2030, our analysts do not predict major shortages.

In the next two to three years, Refinitiv forecasts that the nickel market will be in sizeable surplus as production, driven in particular by growth in Indonesia, continues to outpace what nevertheless is still reasonably robust demand.

Concerns about the nickel industry’s ability to satisfy demand have not become reality at any point.

When supply shortages had driven prices to $50,000 in the early 2000s, China found an alternative in the shape of nickel pig iron, processed from low grade laterite ore from Indonesia and the Philippines.

And when Indonesia banned ore exports in 2014, producers in the Philippines stepped up exports to fill the gap. This time round, production of matte from NPI to produce sulphate looks set to be part of the solution for batteries.

With surging production in Indonesia expected to lead to bigger than previously anticipated surpluses this year and next relative to market size, nickel prices look more vulnerable than copper in a weaker demand environment.

It is fair to say that the dysfunction in the LME’s nickel trading has destabilised the market and the aftermath is likely to have far reaching consequences.

There is a parallel worth drawing with the last big crisis – the Hamanaka copper scandal of the 1990s. That led to the regulators parachuting in Alan Whiting from the Treasury, and the adoption of the Lending Guidance (now known as Lending Rules) that sought to prevent long squeezes. This time around it was a short squeeze, begging the question whether the rules need updating.

Meanwhile, trading volumes in the benchmark three-month price are down by around one-third, and questions are growing about the suitability of the LME’s price as a market benchmark.

It is not inconceivable that in nickel the market will revert to a price determined through physical trade rather than the LME. While metals might be the future, ironically, it’s not just in pricing that we might need to reach back into the past for guidance.

What role will governments play in the metals market?

We should expect governments to play a far greater role in metals markets.

Resource nationalism is going to be key. In November, Canada banned Chinese investment in three companies looking to develop lithium production. Meanwhile, governments will want to subsidise new production within their own borders to secure raw materials.

The Chinese have long been active in Africa to secure cobalt, but even the UK government is playing the game, albeit in a somewhat half-hearted way as we’ve seen in the Britishvolt saga.

There will be more regulation around recycling, which will affect the flow of scrap globally. Less will end up in China, and more will be processed in the West.

We are already seeing that happen. After a series of secondary plant closures in the 1990s/early 2000s, the U.S. is increasing its secondary copper capacity again, with Wieland Group set to bring a new recycling plant on stream next year in Kentucky.

The company also has plans for a secondary facility in Germany in 2025.

Elon Musk’s reported attempts to take a stake in Glencore to secure raw material supply recall the early days of the automotive industry, with Ford and its Rouge River steel plant in Dearborn, Michigan, a good early example.

Corporate restructuring on the rise

We should also be on the lookout for other types of corporate restructurings that recall a previous era.

In the 1970s, oil and gas firms got into mining, but by the early 2000s all majors had divested their interests, with Exxon the last, selling its stake in Chilean miner Disputada in 2002.

The Saudis announced in October plans to invest more in mining, while Shell, once the owner of Billiton, now has a network of charging stations for battery powered cars.

These companies and governments are making a bet that metals are the new oil. But as copper shows us, strong prices are not only here to stay, but are necessary to ensure there is enough supply for the new demand.

How the circle can be squared of encouraging usage (requiring lower prices) and enabling investment (requiring higher prices), will most likely determine the speed and success of the route to net-zero.

Identify opportunities, discover fresh insights, and see beyond the challenges in the metals and steel markets with Refinitiv Eikon

Dissecting the long-term impact of the pandemic, discussing the main market trends affecting different asset classes, and evaluating the progress of energy transition